About us About us 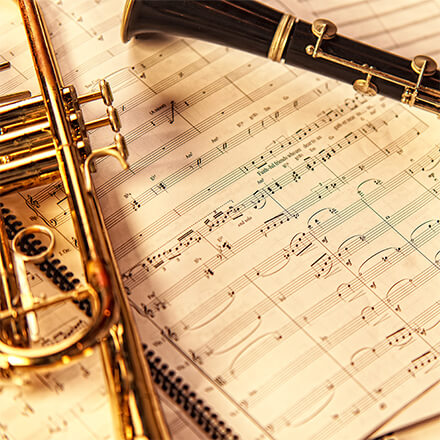 Kentaro Kawase has been the principal conductor of KPO, the youngest of all in Japan, since April 2014 and Kazuhiro Koizumi, the special guest conductor also since April 2014. That is how we are paid attention. We also are proactively engaged in music education having many concerts for children from one place to another. That way we are letting them know how attractive music is through such events by us KPO members with the children, which is very much in favor helping increase the number of next generation fans of KPO.
In addition we are having volunteer concerts at various care homes around every year as well as travelling to other places of Japan. 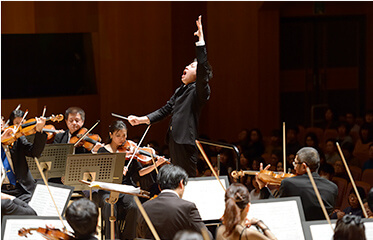 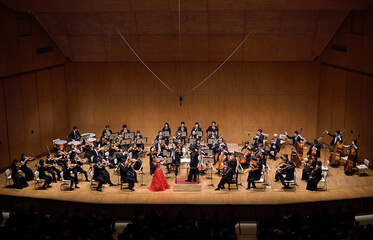 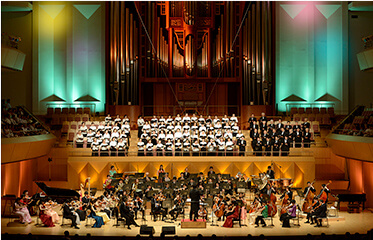 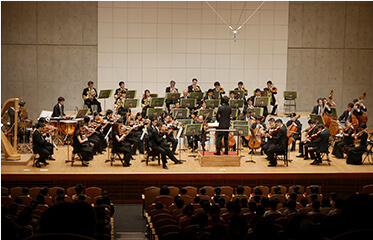